In a study of marine mammals recently published in the Journal Science, researchers have found significant concentrations of polychlorinated biphenyl (PCB) in the tissues of large apex ocean predators such as Orca’s, and Dolphins. Several decades after being outlawed by most industrialized nations, PCBs are still wreaking havoc, and driving large populations of Orca’s toward the edge of extinction.

According to the research reported in Science, high concentrations of PCB’s in these ocean dwelling mammals is causing irreparable harm.  The researchers have determined that entire populations of these animals will collapse in the coming decades due to PCB contamination. Beginning at about the 1930’s, and continuing on through the 1980’s several major manufacturers of chemical solvents and heavy electrical components around the world produced a class of chemicals known as polychlorinated biphenyls (PCBs).  Although production of PCB’s in the US and around the industrialized world was largely halted as of the 1970’s, researchers are continuing to find PCB’s in the environment.

PCBs end up in the ocean due to contaminated run-off from streams and rivers. Once on the ocean, PCB’s are first being absorbed by plankton and other small crustaceans, which are in turn consumed by larger fish. Eventually PCB’s are consumed up the food chain, by the time that Orcas and Dolphins’ are eating contaminated fish the PCB’s are at a highly concentrated level.

In the recently completed research scientists have determined that several populations of orca’s and dolphins near several industrialized nations will experience the complete collapse within the next few decades.

According to data about PCB’s published in Wikipedia:
“…One estimate (2006) suggested that 1 million tonnes of PCB’s had been produced. 40% of this material was thought to remain in use. Another estimate put the total global production of PCB’s on the order of 1.5 million tonnes. The United States was the single largest producer with over 600,000 tonnes produced between 1930 and 1977. The European region follows with nearly 450,000 tonnes through 1984. It is unlikely that a full inventory of global PCB production will ever be accurately tallied, as there were factories in Poland, East Germany, and Austria that produced unknown amounts of PCBss…”

Exactly how long our descendants will find PCB’s in the environment remains to be seen. 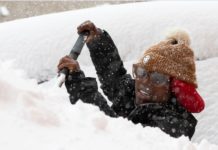 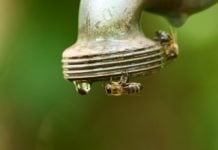 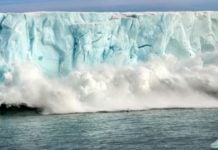