Foods high in fat, especially saturated fat, are bad for you. A high-fat diet is a risk factor for cardiovascular disease as well as metabolic disorders like obesity and type 2 diabetes. So why does saturated fat have these effects on the body? What’s going on in your body when you eat a fatty meal?

I’ve been studying circadian clocks – internal biological clocks – and how they affect human health and disease for about 30 years.

These clocks exist in all cells throughout the brain and body. They regulate the timing of processes, such as keeping important metabolic and inflammatory responses in check in fat and immune cells. And if the clocks in our cells can no longer tell accurate time, those cell processes won’t occur at the “right” time of day or night.

My previous research demonstrated that genetic and environmental alterations of internal body clocks produce metabolic disease, like diabetes and obesity.

What we didn’t know until recently is that not only can saturated fat actually cause “jet lag” in the internal circadian clocks in some types of cells in the body, but this effect is accompanied by strong inflammation. This suggests why consuming saturated fat can lead to metabolic disorders and heart disease.

We studied palmitate because it is commonly found in processed and fast foods and is known to trigger chronic inflammation, which is regarded as a causal factor in obesity and type 2 diabetes. DHA is a polyunsaturated fat (a “good” fat) and has anti-inflammatory properties, so we wanted to see if it could prevent or reduce the effect that palmitate had on cells.

We experimented on cultured mouse cells. Some cells were treated with either DHA or palmitate alone and other cells received palmitate and DHA at the same time so we could find out if healthy fat could protect cells from the effects of saturated fat.

After treating cells with palmitate and DHA at different times of the day, we analyzed the cells’ inflammatory markers. To read the cells’ “internal clocks” we measured how much their “molecular gears” luminesced or “glowed” in real time. This tells us where the cell is in its circadian cycle and if its processes are happening in sync with the cells around it.

We found that palmitate resets circadian clocks in some cells, but not all. If all clocks throughout the body were reset, then palmitate probably wouldn’t impose any noticeable changes. The time zone might shift, but all of the cells would in the same one, and would still work in sync.

Having some cells functioning in different “time zones” has consequences for our health.

For cells, functioning in a different time zone than the other cells around them is confusing. Think for a moment of how muddled you feel when you travel to a time zone that’s even just a few hours off from where you normally live. It takes a while to adjust, and until you do, you might get hungry, get sleepy or wake up at weird times. Now imagine the utter confusion for your body in trying to adjust internally to multiple time zones simultaneously so that many cells in your body feel that way, while other don’t.

“Jet lag” isn’t the only problem that palmitate causes for cells. It also induces inflammation in several different cell types. These two effects fluctuate in sync. For instance, in fat cells, both the inflammatory and jet lagging effects appear to peak at night. While there is no good time to eat saturated fat, it’s probably not a great idea to eat a meal rich in these “bad” fats late at night.

We also tried to find out whether specific polyunsaturated “good” fats had protective effects on cells, and could counteract palmitate’s jet lagging and inflammatory effects.

We found that DHA, a common omega-3 polyunsaturated fatty acid, is anti-inflammatory. Besides inhibiting the inflammatory response to palmitate, this omega-3 also prevented cell clocks from being reset.

Turning inflammatory responses on and off

I think this work has significant implications in the management or prevention of metabolic and other inflammation-related disorders such as cardiovascular disease, stroke and arthritis.

Further studies with animal models will help us understand how saturated fats exacerbate inflammation. In terms of prevention, we can start looking at timed administration of omega-3 fatty acids or other anti-inflammatory treatments to prevent this jet lag and chronic inflammation.

Learning more about these cell-specific circadian clock changes and why they amplify inflammation will give us a better understanding of why high-fat diets, and saturated fat in particular, lead to metabolic disorders, like obesity. 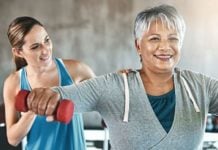 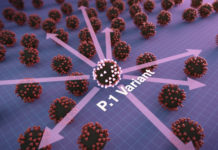 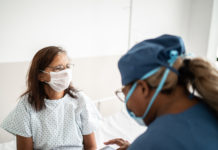