About 100,000 people in the U.S. are living with sickle cell disease. People with the condition are born with an abnormal type of hemoglobin, the oxygen-carrying molecule in red blood cells. The abnormal hemoglobin can cause cells to bend into a fragile, crescent—or “sickle”—shape. Sickled cells can stick to blood vessel walls, causing inflammation and slowing or stopping the flow of blood.

Blocked blood flow can cause a number of effects, including stroke, eye problems, infections, and intense episodes of pain called pain crises. Over a lifetime, organ damage can accumulate, often leading to early death.

Researchers have been investigating what causes inflammation in sickle cell disease. Damaged cells may release many molecules that contribute to inflammation, including cell-free DNA—genetic material that spills into the bloodstream.

A research team at NIH’s National Heart, Lung, and Blood Institute (NHLBI) led by Drs. Laxminath Tumburu and Swee Lay Thein looked into the role that cell-free circulating DNA might play in inflammation. They took blood samples from 34 people with sickle cell disease and 8 healthy volunteers. They then isolated and sequenced the cell-free DNA. Results were published on March 4, 2021, in Blood.

Sequencing showed that people with sickle cell disease had much more DNA from mitochondria—the tiny structures that produce energy for cells—circulating in their blood than people without the condition. Blood samples taken during a pain crisis had higher levels of mitochondrial DNA than samples taken at other times from the same volunteers.

The mitochondrial DNA fragments from people with sickle cell disease also had an abnormally low amount of methylation, a common type of DNA modification. Low levels of DNA methylation have previously been tied to inflammation.

Finally, the team identified the signaling pathway that triggered NET formation in neutrophils after exposure to mitochondrial DNA. They showed that the pathway could be dampened with two different drugs.

“These study findings suggest that measuring DNA of mitochondrial origin may help us better understand its role in pain crises, destruction of red blood cells, and other inflammatory events in sickle cell disease,” Thein says. “It could also serve as a marker of disease progression and a way to measure the effectiveness of therapeutic interventions.”

The team is planning further laboratory testing of drugs that could potentially block inflammation caused by mitochondrial DNA in the blood.

This public domain article was originally published by the National Institutes of Health, you can read the original article here. 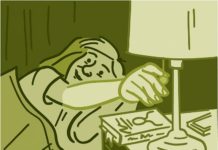 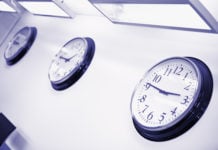 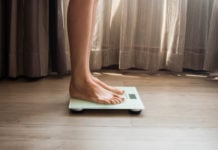