Biotech company Moderna, one of many organizations developing a vaccine for COVID-19, published results from an early-stage test of its experimental mRNA vaccine in the New England Journal of Medicine July 14. Vanderbilt University Medical Center staff scientist and protein chemistry expert Sanjay Mishra explains what the results of the phase 1 trial mean.

What was Moderna testing for?

They were testing for two things – the proof of concept, and whether there are any side effects.

What were the results?

The results that just came out in the New England Journal of Medicine are interim. We have to be really clear about it.

This particular batch of results is from 45 adults between the ages of 18 and 55 who were not screened for infection [for COVID-19]. So we would call them healthy adults, although no serology or PCR (polymerase chain reaction) tests were done before the trial began.

They were given one of the three doses – 25, 100 or 250 micrograms. More than half the participants had discomfort, like fatigue, chills, headaches, myalgia (muscle pain) and pain at the injection site. After 28 days, the exact same dose was given a second time. After the second dose, these events of discomfort were far more common. But in general, you can say there was nothing severe reported. And then on the 29th day, blood was drawn.

They tested these things in three different ways. One of these is where you are testing the quantity of antibodies made. Then they also tested the efficacy of these antibodies in the serum through two different methods. All in all, it does seem that there is binding and neutralization of the virus.

[You need to understand the coronavirus pandemic, and we can help. Read The Conversation’s newsletter.]

What conclusions can we draw?

The results are promising. At least they proved the concept. The results show that when you give this vaccine, the body makes antibodies. But we don’t know whether those antibodies will lead to immunity in the body because all of the results that we have are observed outside the body [in blood samples].

And so that proof will come from a larger data set in the next stage. Then we would know whether the people who have received these vaccines are at least 50% less likely to become infected [to meet FDA guidelines for vaccine efficacy]. So they are good results, they are promising results, but they are pretty early in the game, so to speak.

Can you explain what the company’s mRNA vaccine is and why it is different?

All those methods are time-consuming and require extensive quality control. And usually there is a lot of headache in scaling up from lab to production. Moderna’s vaccine and another candidate vaccine bypasses this process by using mRNA , or messenger RNA. It is genetic coding material which will help your body produce that protein. This way you don’t have to deal with the production of the protein in the lab and risk creating an impure protein sample, which can be clinically difficult to standardize and then can be dangerous as well.

So in this case, what you’re giving is not the protein or part of the virus, but a synthetic messenger RNA in a lipid droplet.

How did you feel when you heard the news?

I feel cautiously optimistic. The study provides promising data on the safety and immunogenicity, or the ability to provoke an immune response. It is a good starting point for training the immunity of the body. But if I can paraphrase Robert Frost, we still have miles to go before we sleep.

Vaccine development is complex and there’s a lot more work that needs to be done before this can become an actual marketable candidate.

This first batch of data is from the 18- to 55-year-old group. We do not know what the dosing would be for the older age group, which is the most vulnerable to COVID-19. As we age, we do not produce as many antibodies, which generally leads to poor vaccine response. So the question is: Will they have to go for a higher dose, which is usually the case in flu vaccines. The higher dosage, which is 250 micrograms, has led to somewhat more severe side effects in this study. So then how would that be balanced? It is still difficult to say.

What other vaccines are being developed?

There are 178 COVID-19 vaccines in various stages of development and 14 are leading to human trials, including from AstraZeneca and others. There are more potential candidates from Merck, Johnson & Johnson and others. There is a similar vaccine that is already being tested by Pfizer and BioNTech, and that has also shown positive results at the lower doses. 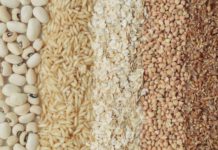 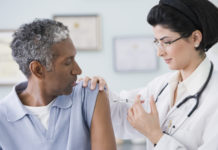 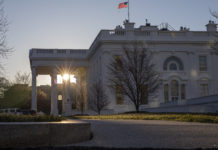